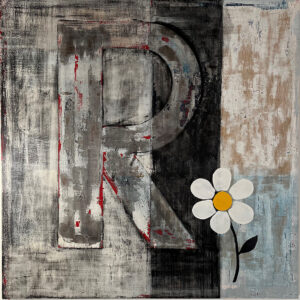 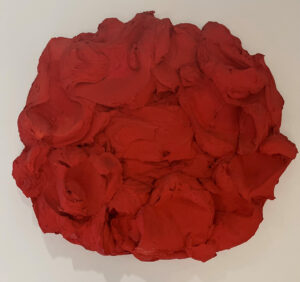 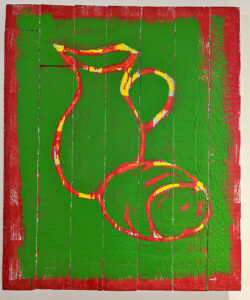 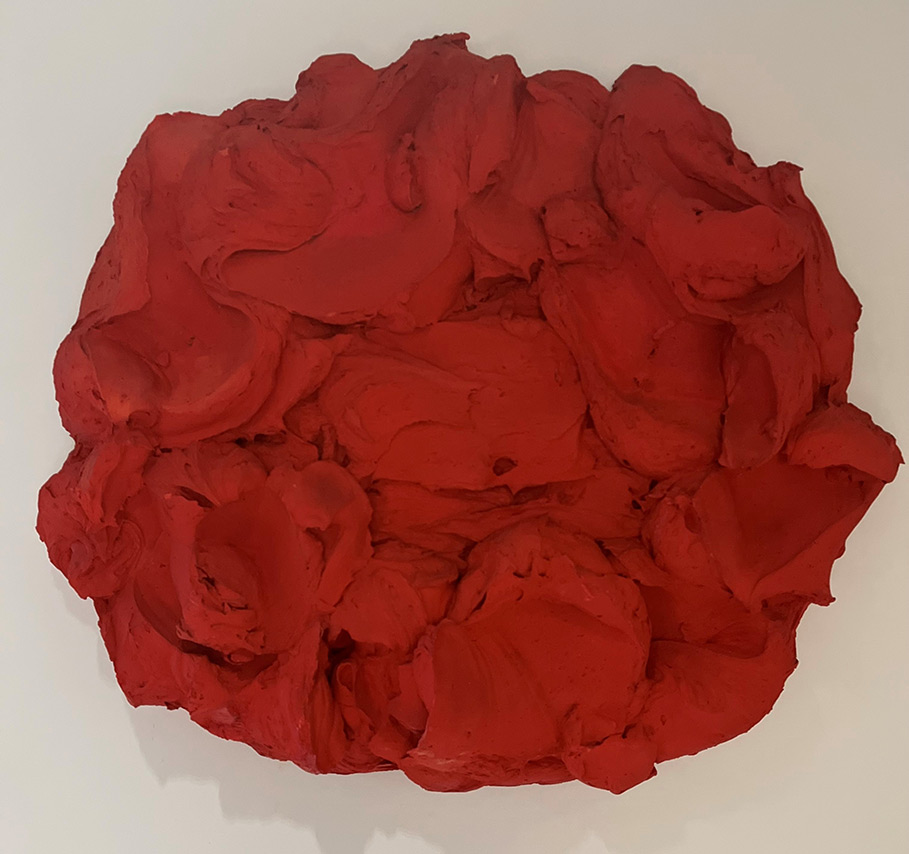 Bran Bogart was a Dutch artist who explored the materiality and the sculptural possibility of painting. Contrary to many artists in the 20thCentury who turned to abstraction to rid the canvas of any representational potential, Bogart investigated the ways in which his abstract canvases could convey specific concepts.

In De Spaanse Roos, for instance, the artist combined a variety of chemical materials and later shaped and painted the mixture so that it resembles a layer of very thick red paint. The relief thus plays with its potential to imbue meaning on two different levels—it replicates the texture of oil paint straight out of the tube at an enlarged scale, and it is simultaneously named a “Spanish rose” as if to serve as an abstraction of a rose. Such a playful gesture is characteristic to the spirit of spontaneous experimentation of the COBRA movement, a postwar artistic movement in Northern Europe with which Bogart is associated.