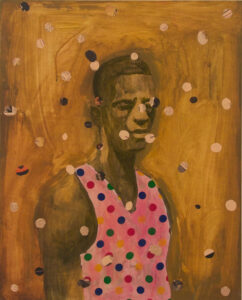 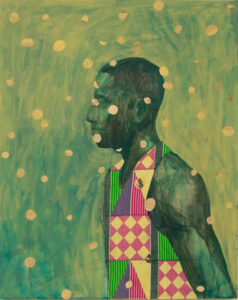 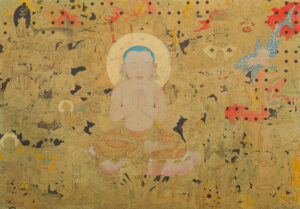 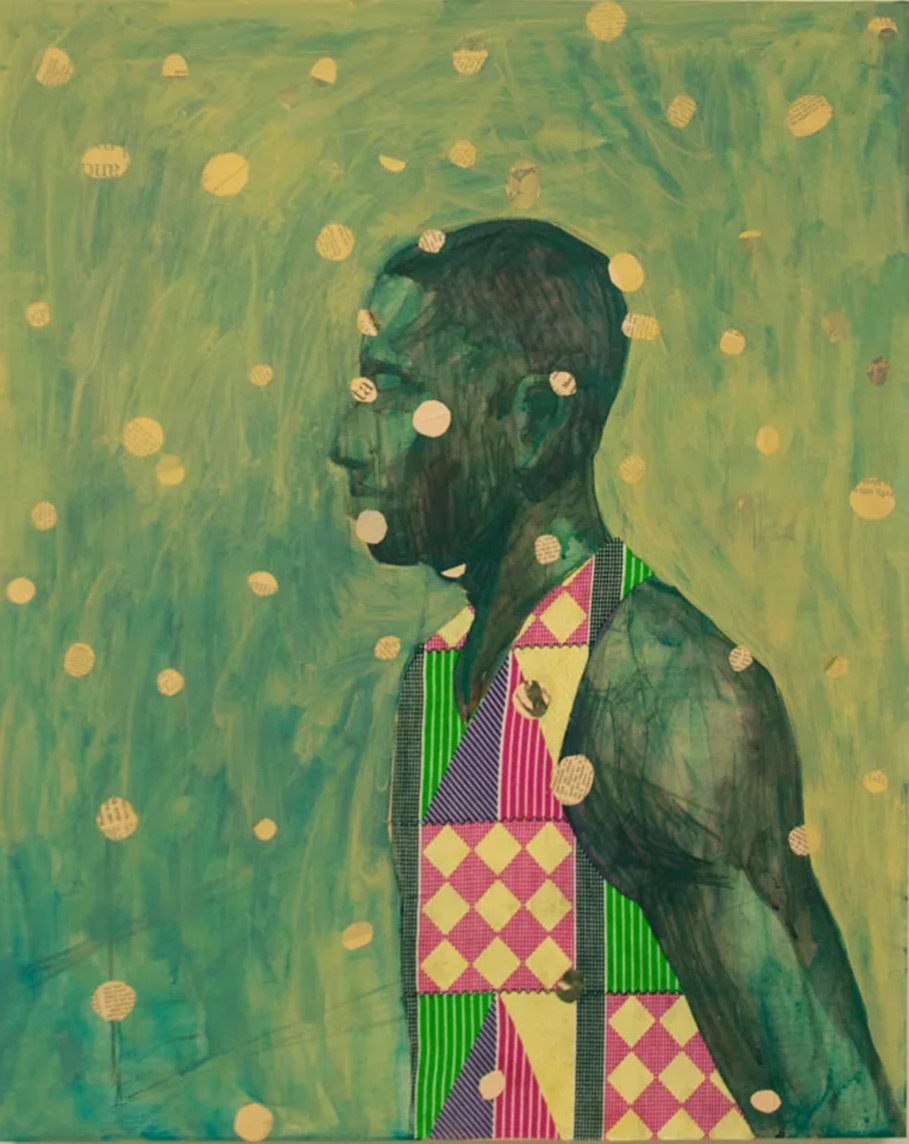 Derek Fordjour engages with the layers of political, social, and cultural experiences of African Americans within the present moment through his meticulously textured paintings of individuals in various public settings. In many of his paintings, the artist investigates the vulnerability of the human body, by portraying figures such as athletes or performers who are always under the scrutiny of the public gaze.

Conspicuous Arrangement extends the formal motif of newspaper confetti that is conjured in Relevant Data Points, but the atmosphere of the work is more openly solemn—a washed out, dark navy color palette dominates the composition, and the body of the athlete is portrayed through a similar, but darker, color scheme. Much of the athlete’s face is covered with the newspaper confetti, making it impossible for the spectator to correctly understand his emotions as expressed by his facial features. The bright geometric patterns of the athlete’s tank top, however, are introduced as a counterpoint to the gloomy atmosphere of the painting. Recalling Ghanaian patterns that Fordjour frequently returns to within his work, the patterns subtly suggest the pressure of representing one’s own nation as an athlete.