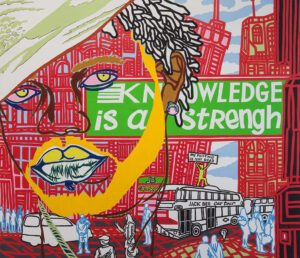 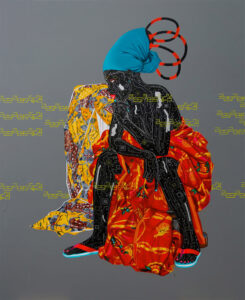 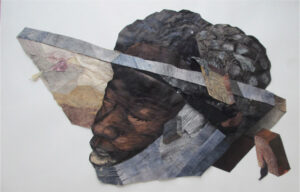 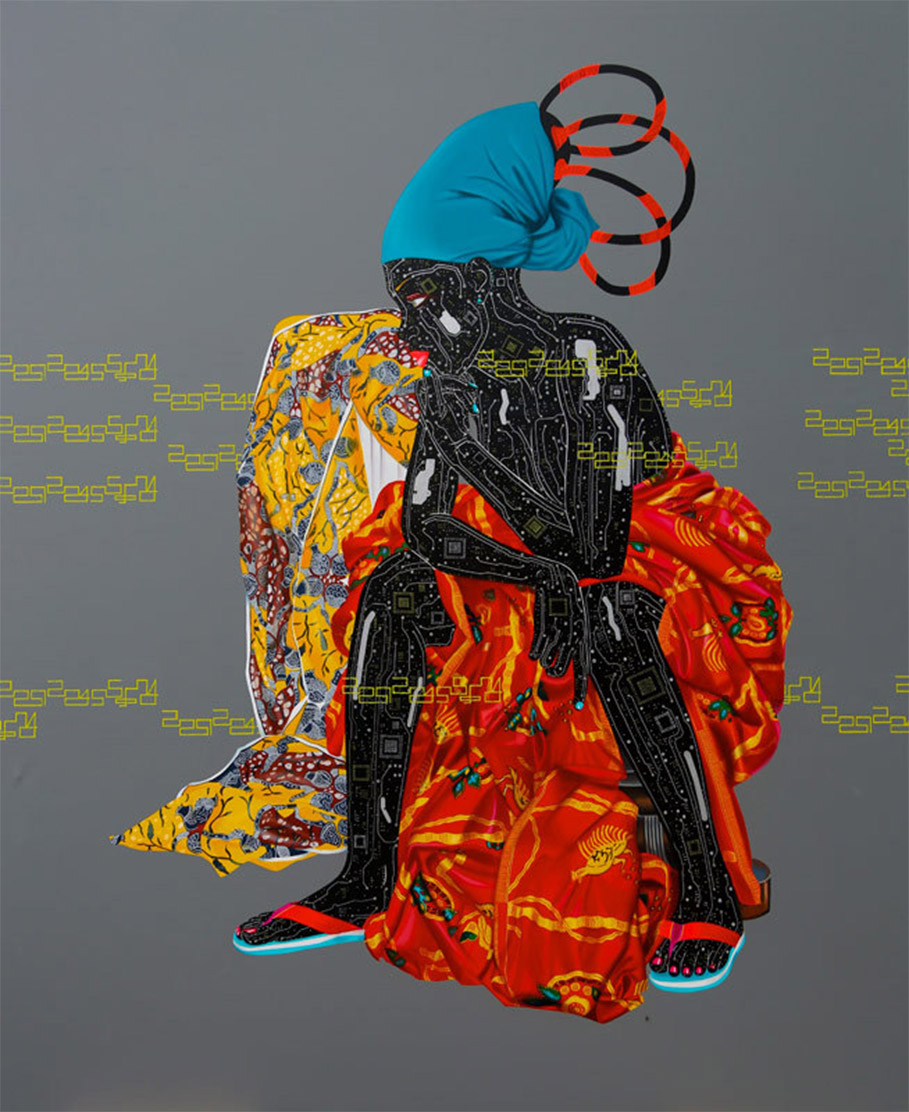 Eddy Kamuanga Ilunga engages with the complex relationship between heritage and modernity in his native Democratic Republic of Congo. In his paintings, traditional Congolese fabric patterns are integrated into figures, while a mixture of ancient and modern writings are introduced as backdrops to complicate the spatial logic of the composition.

In Esika Na Ngayi, many of these elements are revisited—the figure at the center is surrounded by a dazzling arrangement of fabric in yellow and blue, while her skin is covered in a delicate white and yellow pattern that extends throughout her body. The pattern is reminiscent of computer chips and refers to the cobalt trade, a raw material found in the DRC.

Meanwhile, her elongated hair and the decorative accompaniments also render the woman unmistakably of the Mangbetu people, along with the rest of the iconography that populates the canvas. Her nonchalant facial expression and the gesture of eating a lollipop, however, introduces the influences of urbanization and globalization on the African identity into the canvas, recalling the origin of the notion of blasé that was first conceived as a response to the increasing alienation produced by the urban metropolis.

The portrait thus serves as an embodiment of the ongoing conflict between tradition and modernity that unfolds in the Democratic Republic of Congo, reduced into a single human figure.