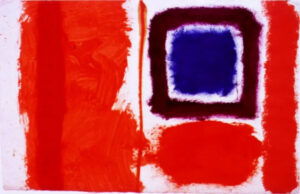 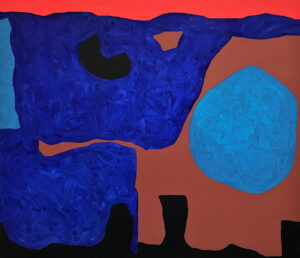 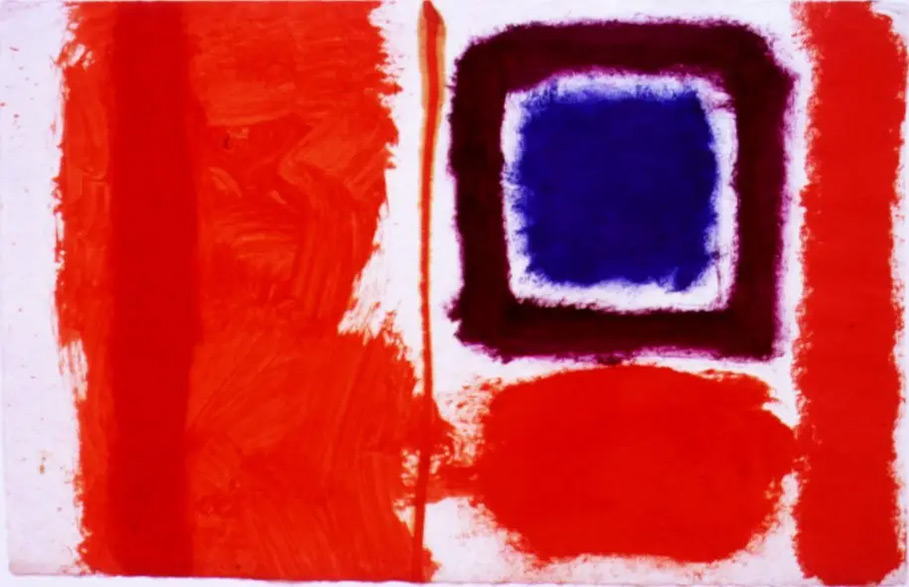 Patrick Heron was an artist who explored the relationships between color and form in his canvases, freely alternating between figuration and abstraction.

In Blue Square Inside Violet Square (Scarlet): July 1961, the artist’s consistent attention to the power of color is made evident through the title, which makes references to the two most prominent colors that fill the picture plane (a gesture that Heron also employs in another painting of his on view, Mainly Ultramarine and Venetian: November 1966).

Just as the title suggests, the painting features a blue square within a violet square, although the shape of the square is not so clearly delineated into a neat geometric shape. But the little bits of white canvas that show through between the two squares plays a compositional role throughout the rest of the picture plane, as the white margins are replicated throughout the painting between the shades of blue and red. By inserting these seemingly “blank” areas, the artist furthers the tension that is already produced between two opposite colors that dominate the canvas.