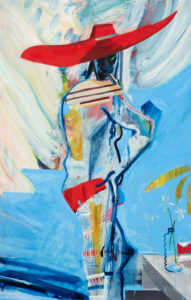 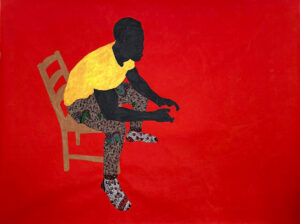 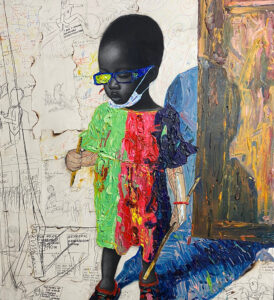 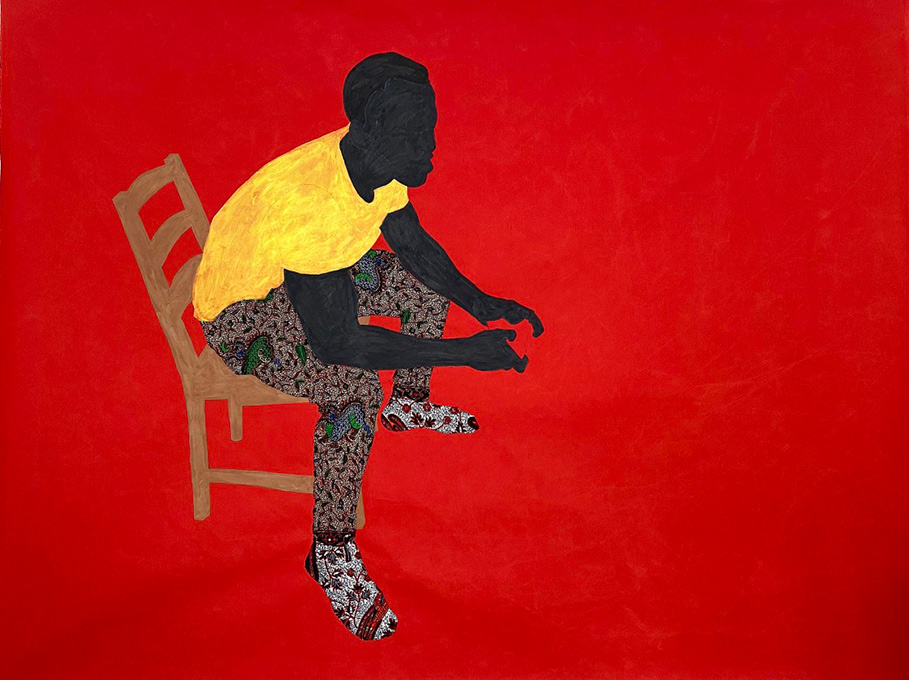 Raphael Mayne is a Ghanaian artist who incorporates traditional textile patterns from his homeland to create portraits of Black protagonists in various settings. Working on a number of non-traditional supports ranging from cardboards to unstretched canvas, the artist always eliminates the facial features of his characters, as he believes that detailing the face “reduces” the message of his paintings by shifting attention from the behaviors and signifiers of the subjects.

Playing Game at John’s Place, the artist adopts an identical approach, filling the entire picture plane with an arresting pool of red paint. The male protagonist is rendered rather casually only through his silhouettes using simple colors, such as dark brown and bright yellow, as well as collages of fabric cut-outs that delineate his figure. The essence of his gesture, however, is communicated clearly despite the simplicity of Mayne’s painterly move—the attentive protagonist is deeply absorbed in a video game.