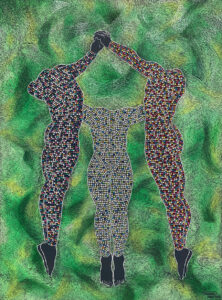 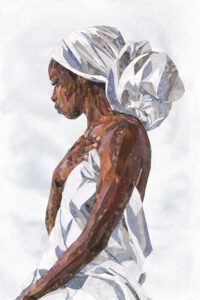 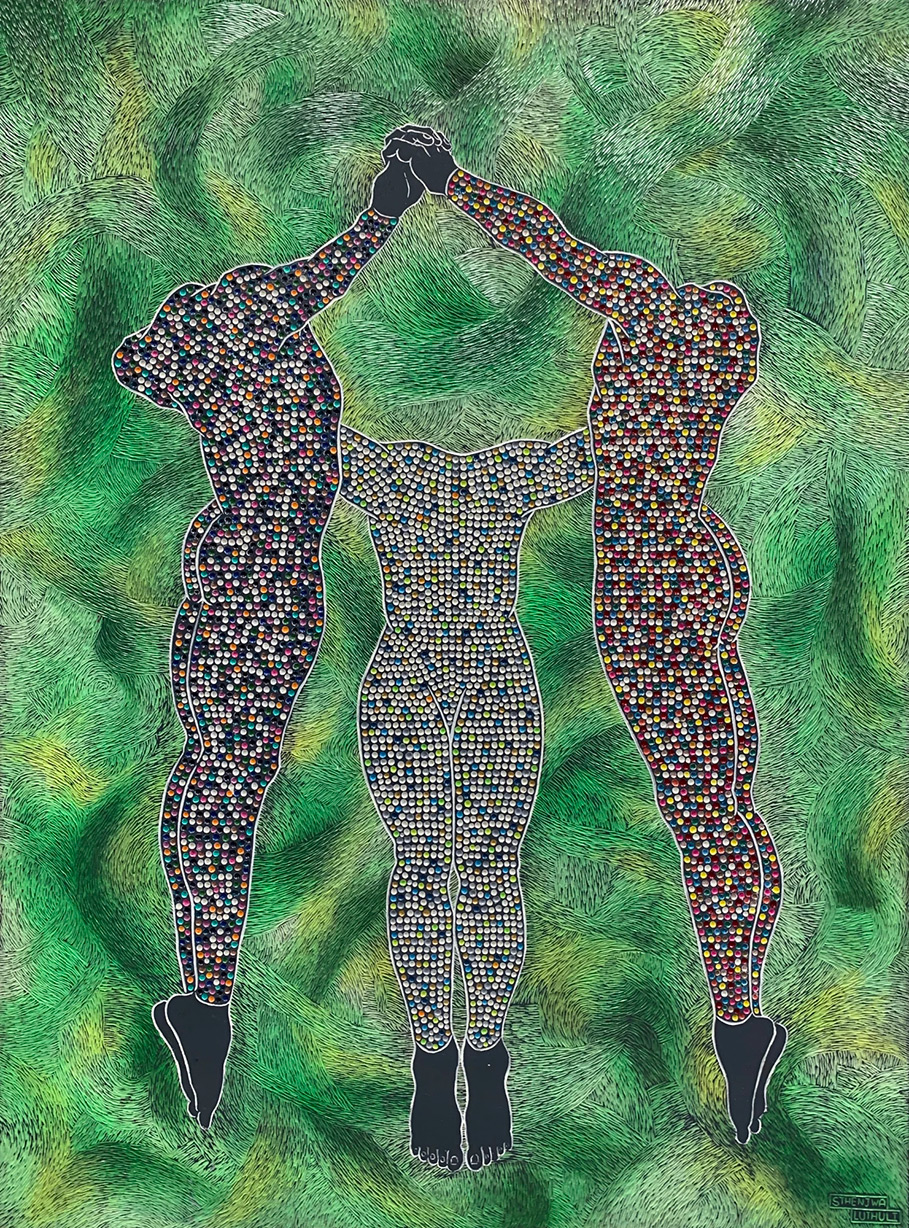 Sthenjwa Luthuli’s delicately carved and painted wooden reliefs feature headless torsos in what the artist refers to as an “unknown space,” which is filled with vibrant colors and repetitive geometric or organic patterns.

In Solidarity, the headless figures are holding each other’s hands and appear to be levitating, as if partaking in a communal ritual. All three figures are filled with countless circles of various colors except for their hands and their feet, suggesting the commonality of the human experience across the interconnected entities. Meanwhile, the “unknown space” featured here consists of thousands of wavy, directional, carved and painted marks joined together to produce illusions of flow and movement.

Unlike other works by Luthuli in which there is no clear connection between the title and the actions of the figures, Solidarity makes its message clear by the powerful image of three humans creating a symmetrical whole through their bodily gestures. A socially conscious artist, Luthuli reflects on contemporary South African society from the perspective of his embrace of Kwa-Zulu Natal rituals, culture, and their respect for nature.